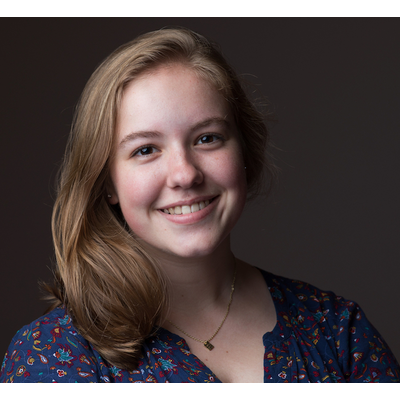 . To see some of my other projects, check out my GitHub!

This summer I got to join the WAVES team to develop tools for the next version of Avida-ED. It teaches students about evolution with visual, interactive experiments that run on Avida, a platform for digital evolution research. Avida creates digital organisms and lets them evolve based on various parameters like mutation rate; their survival is always dictated by natural selection, just like it is in the real world. Both softwares were created by the Digital Evolution Lab at Michigan State University.

As WAVES participants, our job was to develop new features for Avida-ED, or reinforce the tools that it uses. For my project, I focused on the development of a mammoth library that Avida is built on: Empirical.

🔗 Empirical and the Internet

Empirical—which was also built by the MSU devolab—is a C++ library for scientific software development. It especially facilitates building evolutionary computation tools, because you can easily create digital organisms and worlds for them to evolve in. Here’s an example of a web app built with Empirical that illustrates evolutionary computation in action! 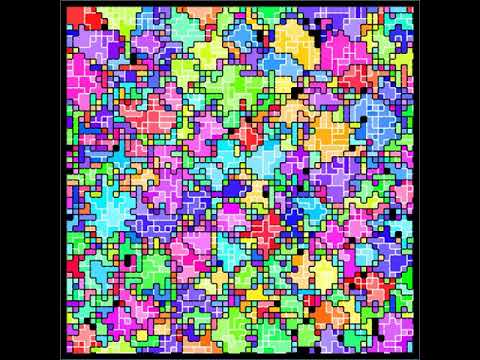 As you can see, creating a web app is an amazing way to share and showcase your work. Lots of researchers want to publish their experiments and results online so that more people can access and understand them. Luckily, Empirical was built with the internet in mind! Experiments written in C++ can be compiled into super-fast JavaScript using Empirical tools that work with Emscripten. On top of that, lots of web elements are wrapped in Empirical as well, like tables

, and more, which means that you can easily create web pages while coding in C++!

Data visualization is particularly important to researchers trying to share their results. Incorporating colors and graphics into a report catches the reader’s eye and definitely helps them understand the content better. That’s why (in my opinion) one of the coolest web tools in Empirical’s collection is the C++-wrapped version of D3.js, a JavaScript data visualization library!

🔗 What Does “Data-Driven Documents” Mean?

The “D3” in D3.js stands for Data-Driven Documents, meaning that D3.js allows you to bind data to actual HTML document elements (like circles or lines) instead of abstracting the data binding through some toolkit. Because of that, using the library is an exceptionally transparent process. As a bonus, all of the visualizations you create with D3.js are SVGs; that means they’re scalable and won’t get “fuzzy” because the graphics are based on equations instead of pixels.

Here are some examples of the different visualizations you can create with D3.js!

One downside to D3.js is that it doesn’t come with any pre-packaged visualizations out of the box. Whether you want a line graph, histogram, scatterplot, or something entirely different—you have to build it yourself out of axes, circles, and other simple elements. There’s a beauty to this system, though. The D3.js community is huge and very active, so there are tons of examples of building all types of visualizations online (see this gallery to start!). And, if you want, you can customize your graph endlessly until it’s exactly how you want it.

D3.js had already been wrapped for Empirical a few years ago by Dr. Emily Dolson at the devolab, but a new version came out since then and it needed to be revamped.

So, I took on the project of updating the Empirical D3-wrapper over the summer along with Oliver Baldwin Edwards and my two amazing mentors, Dr. Emily Dolson and Alex Lalejini!

The number-one reason to wrap D3.js in C++ for Empirical was convenience. Many researchers want to be able to code data visualizations that integrate seamlessly into their C++-based experiments and web apps.

And, if the original library goes through frequent changes, then having a wrapper can make it easier to update things on your end (you only have to change the code inside the wrapper).

Moreover, using Emscripten to compile C++ into JavaScript results in wicked-fast (near-native!) code on the web side.

However, it’s important to note that we definitely wanted the wrapper to be recognizable to people who’d used D3 in JavaScript before. We needed to strike a balance between convenience in C++ and similarity to JavaScript.

Basic D3-wrapper structure: Each D3.js module (e.g. selection, transition, axis, scale, etc.) has its own header file in Empirical/source/web/d3. Some modules, like scales, contain a base class for shared methods as well as other classes that build off of it. Each D3.js method has a wrapped equivalent, though a method might be templated or have multiple versions in the C++ code because its corresponding D3.js method could take several different types of input or return several different types of output. On the JavaScript side, a huge array called emp_d3.objects stores every single D3 object you create.

In the process of wrapping D3.js for Empirical, we:

There are still more modules to wrap and other things in the D3-wrapper to expand upon, which Oliver and I outlined in this GitHub issue. Feel free to contribute! We would all appreciate it so much!

The D3-wrapper team took on the selection, transition, and dataset modules all together, but Oliver and I each re-wrapped another module as well. I took on Axis! The major changes I’ve made from the old wrapper include:

Here are some interesting parts of the code:

🔗 Saving space with a ternary

I love the convenience and conciseness of the Javascript ternary operator. In the default Axis constructor, I spotted a place where it could really squish down some conditional code: choosing whether to create an axisBottom, axisTop, axisLeft, or axisRight based on the type argument. The ternary really paid off in this case!

Notice the EM_ASM macro in the example below—that’s an Emscripten tool that we use to execute chunks of JavaScript inline with our C++ code. Find out more here.

And here’s the new version using the ternary operator:

In order to use the ternary—a JavaScript operator—I wrapped the entire chunk in one EM_ASM macro and then passed type into it from the C++ side.

This section of code is also a good example of how we increased the wrapper code’s readability: in the new version, when we jump into an EM_ASM to execute inline JavaScript, we assign variable names to all of the arguments we’re passing in first thing. That way we can refer to the object’s ID as id instead of $0 in the code.

When you call .Draw() on an axisLeft with a label, you expect the label to be positioned on the left side of the axis, rotated so that when you read it from left to right you’re really reading from the bottom of the axis to the top.

Originally, this code seemed to do the trick:

(I simplified the code above and added comments to highlight what happens to axisLeft labels.)

However, a giant bug lurked under the surface, unseen until I tried to create an axisLeft on a scale with a range of (50, 350) and my tests failed. It turns out that the method above only works if the lower limit of the range is 0. Otherwise, the label positioning is way off—usually lost somewhere outside of the bounds of the SVG you’re drawing on. To fix this bug, I had to switch the signs of both the lower and upper limits of the range before drawing the label:

We have to switch the signs of the range limits in order to make the range’s positive y-axis shift translate into a negative x-axis shift for the label after rotation.

But why did it work when the lower limit of the range was 0 before? Because the old version:

had the same effect as:

The code was effectively switching the sign of the upper limit of the range. And, since 0 doesn’t have a sign, the label ended up in the right place.

Unfortunately, Oliver and I discovered a Big Ol’ Bug

during the testing phase (with Dr. Emily Dolson’s Karma/Mocha/Chai system and Alex Lalejini’s new test-running framework). In a nutshell, the D3-wrapper currently cannot be incorporated with the rest of Empirical’s web tools.

When you create an Empirical Document object, it needs to know exactly what it encompasses, because it redraws itself from time to time. Unfortunately, Documents currently have no way of knowing when you add a D3 object onto them, so all of the D3 disappears when they redraw. You can have D3 and Empirical web tools on the same web page, as long as they’re in completely separate containers. We will document this issue well in our hand-off notes!

🔗 How to Make a Visualization with the Wrapper

Tip: Build something in regular D3.js first before jumping into the wrapper!

An easy way to start a project that’s built on Empirical is by using the cookiecutter! In terms of coding with the D3-wrapper after that, here are some quick tips:

As a final project after working on the D3-wrapper for the summer, I decided to create a scatterplot visualization demo using the D3-wrapper. That way, someone who isn’t very familiar with D3.js could have an example to jump of off for their own web app visualization. Check it out here!

Here’s a basic scatterplot that my demo features: 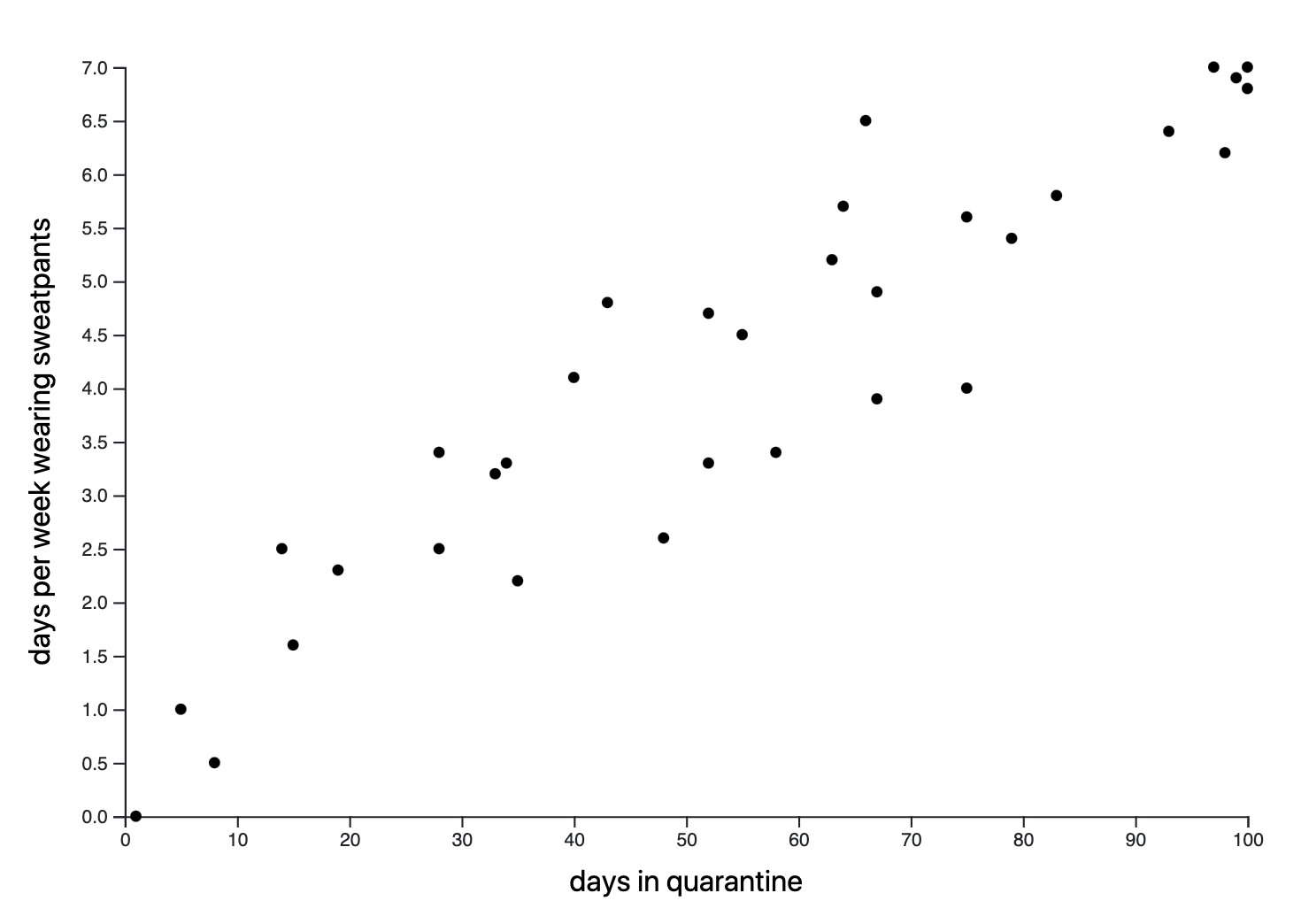 The demo includes a couple different examples of scatterplots you can generate with the D3-wrapper, and lists the steps I took to create them as well as the raw code.

I am so thankful to have been a part of the 2020 WAVES team! Thank you to Dr. Charles Ofria and Matthew Andres Moreno for organizing such an educational and well-thought-out workshop. My summer was looking bleak, but WAVES turned that upside down; I got to code and learn alongside so many incredible collaborators and mentors. Every single person I met (be it virtually) was welcoming. It was a fantastic experience!

I especially want to thank the other three members of the D3-wrapper team: Oliver Baldwin Edwards, and my two wonderful mentors, Dr. Emily Dolson and Alex Lalejini. We definitely made WAVES together!

🔗 Check out these wonderful people: 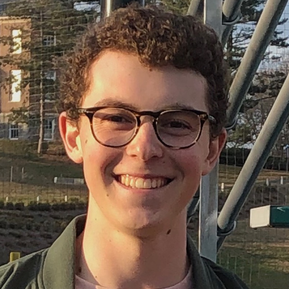 Oliver Baldwin Edwards (collaborator), a senior at Amherst College studying Computer Science and Statistics. We worked on this wrapper project together, and he’s an amazing programmer!
Github | Twitter 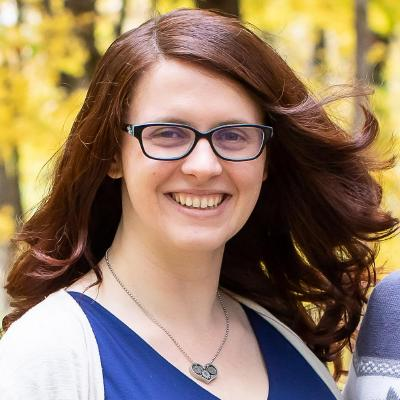 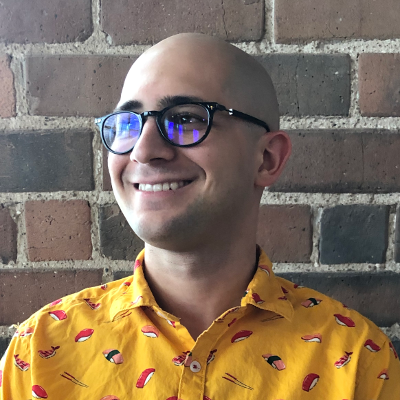 🔗 Other resources to peruse: