MABE, or Modular Agent Based Evolution Framework, is a platform which allows users to create populations of digital organisms and analyze the effects of virtually evolving these populations. One of the key components of MABE is the genome class, which represents genomes for digital organisms in the population. The goal of this project is to advance the genome class in MABE by optimizing its memory consumption and runtime.

If you would like to learn more about the MABE framework, take a look at this Introduction to MABE blogpost from my team!

In biology, genomes are an organism’s entire set of DNA and allow organisms to maintain themselves and function properly. Similarly, in MABE, the genomes of digital organisms are represented as lists of values which can be read from, written to, and mutated from parent to offspring. Every genome has a contiguous piece of memory to store its values. Genome classes in MABE are written using C++.

The naive implementation of the genome class uses a vector of bytes to store its values. As a result, it uses standard library vector functions to perform the mutations.

To perform an overwrite mutation which replaces the values starting at position index with the values from the segment vector:

To perform an insert mutation which inserts a segment std::vector<std::byte> segment at position index :

To perform a remove mutation which deletes n sites from position index:

The naive implementation allows for quick random access because it uses contiguous memory. It may also initially seem like the easier or cleaner solution to implement, since it uses familiar standard library functions.

🔗 Drawbacks of the Naive Implementation

🔗 Change Logging as a Solution

🔗 My Algorithm for Change Logging

The graph below shows that my genome and the naive genome perform almost identically for overwrite mutations until size 20K. However, after this, the two genomes are still very close in time, but the naive genome is slightly faster. 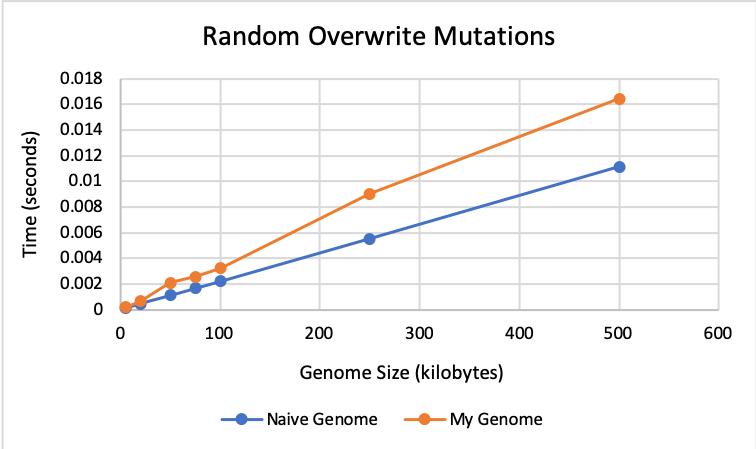 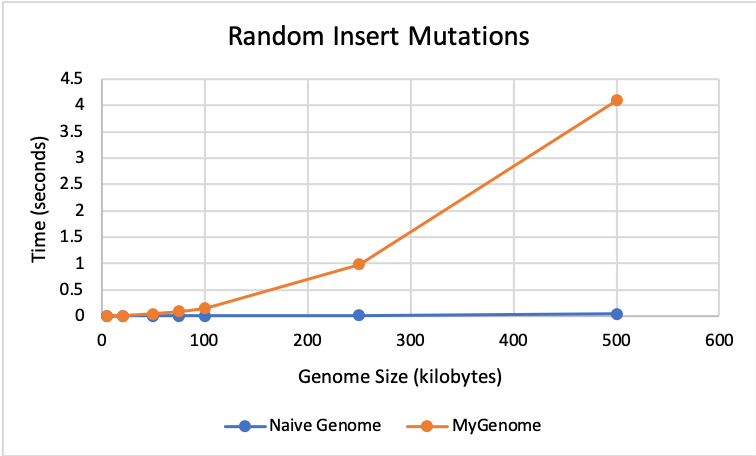 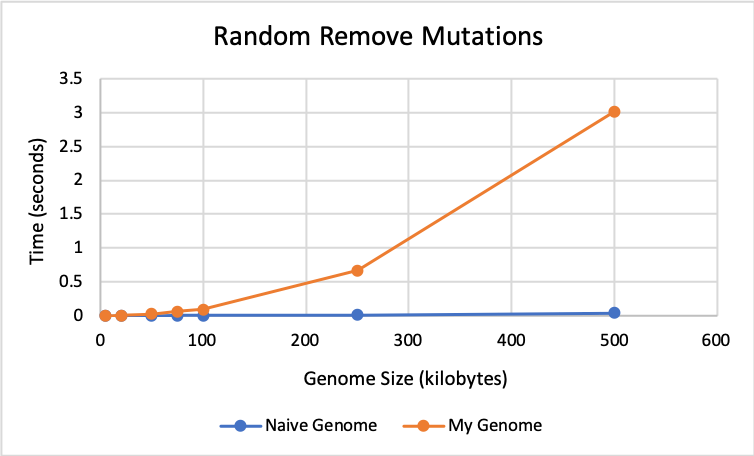 This graph shows the performance of both genomes for random multi-mutations, which consist of overwrite, insert, and remove mutations. Both genomes perform almost identically until size 100K. After this, the naive genome performs faster with times closer to 0. 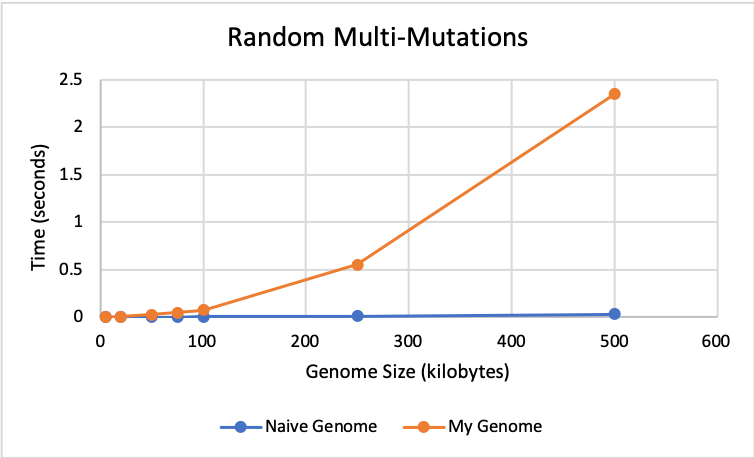 🔗 This work is supported through Active LENS: Learning Evolution and the Nature of Science using Evolution in Action (NSF IUSE #1432563). Any opinions, findings, and conclusions or recommendations expressed in this material are those of the author(s) and do not necessarily reflect the views of the National Science Foundation.